On September 30, 2022, National Day for Truth and Reconciliation, 11 BC health profession regulatory colleges — including CSHBC — took part in an important ceremony. The ceremony marked the launch of the Standard of Practice for Indigenous Cultural Safety, Cultural Humility, & Anti-Racism that the colleges have adopted.

Learn more about the Standard of Practice:

The ceremony took place at the Vancouver Maritime Museum, on unceded Coast Salish territory, represented today by the Musqueam, Squamish, and Tsleil-Waututh Nations.

Participating in the ceremony were Registrars and representatives from the 11 health regulatory colleges who have adopted the standard*, along with Registrars of the BC College of Nurses & Midwives and the College of Physicians & Surgeons of BC, who launched an Indigenous Cultural Safety, Cultural Humility, & Anti-Racism Standard of Practice in February 2022.

The following video and photos were taken at the ceremony: 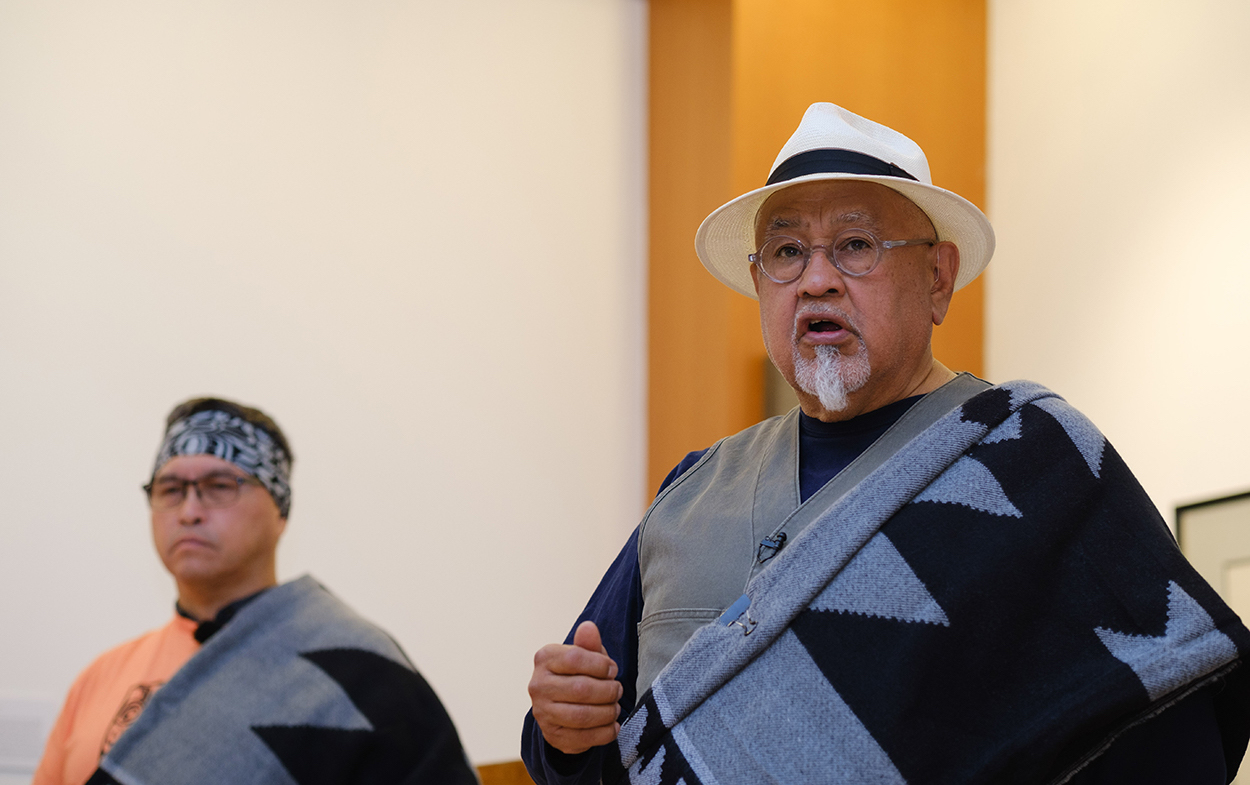 Sulksun (Shane Pointe), proud member of the Coast Salish Nation and the Musqueam Indian Band, and Knowledge Keeper, spoke about the significance of the work and leadership being recognized at the ceremony. Also pictured (left): Joe Gallagher (k’wunəmɛn) of Tla’amin Nation, Principal at Qoqoq Consulting Ltd, who emceed the ceremony. 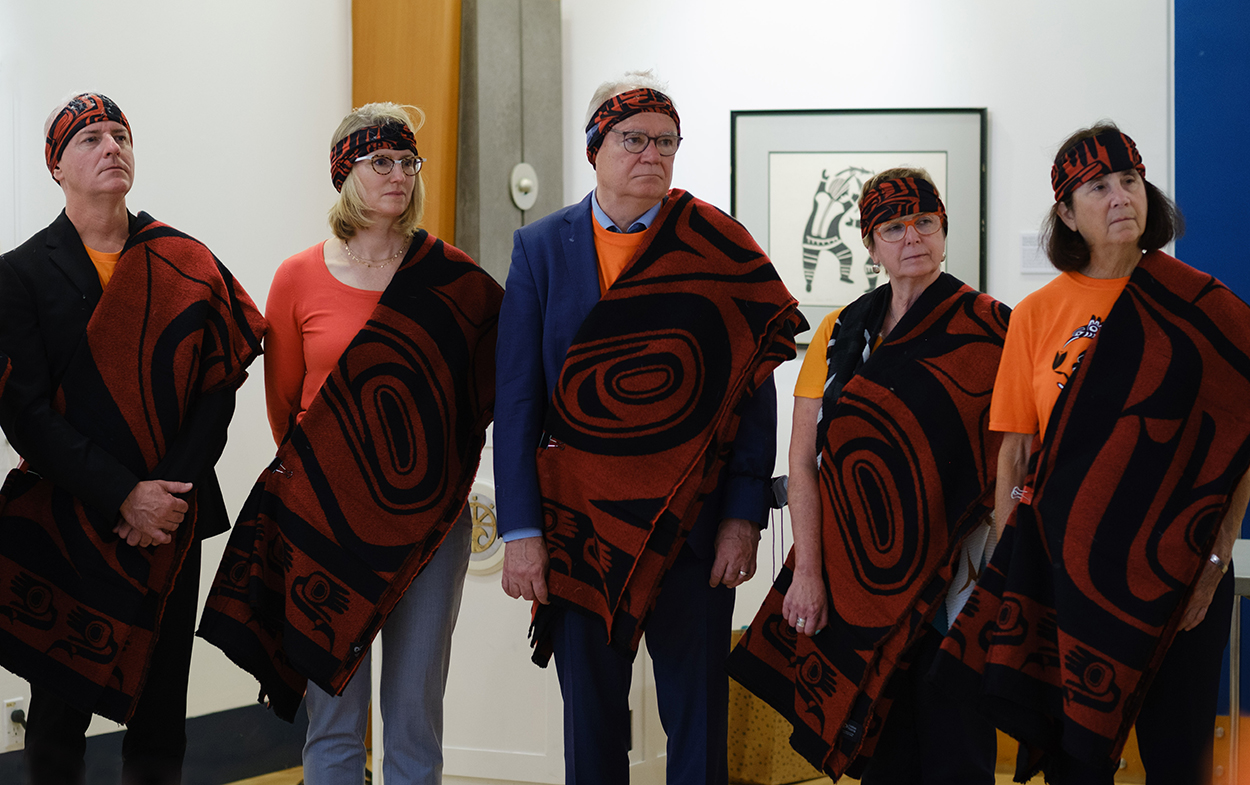 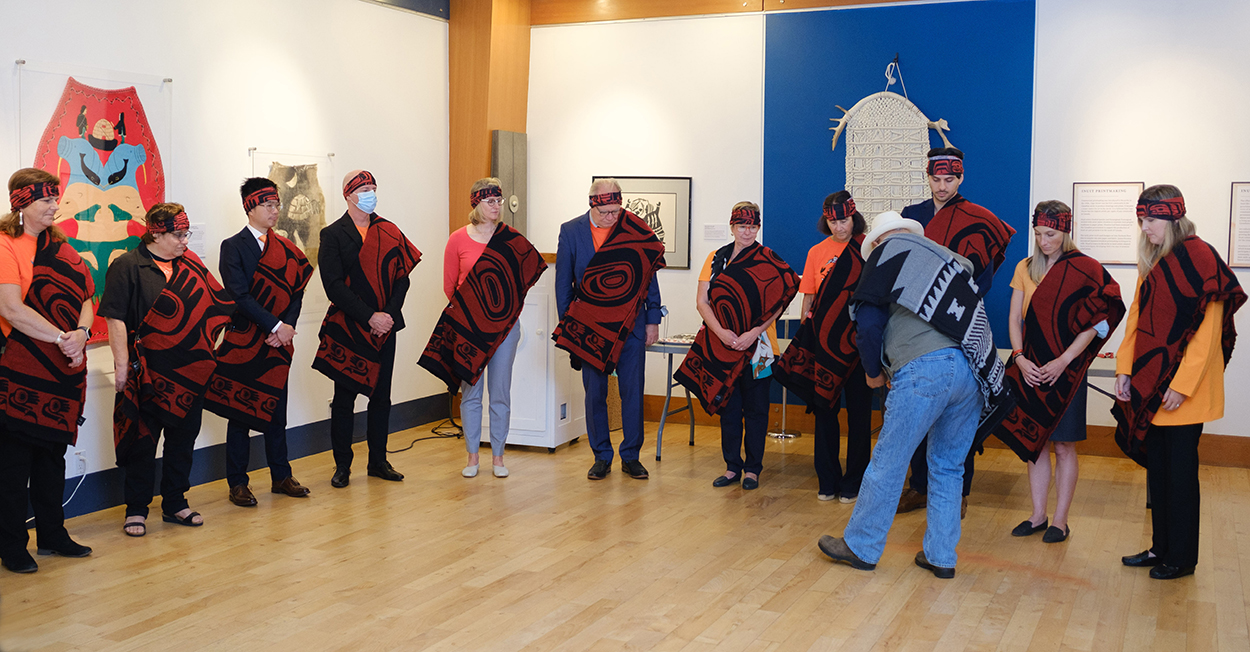 Sulksun, Knowledge Keeper, spread red ochre during the ceremony that he invited the Registrars and College representatives to step on. He explained that the ochre “represents the lifeforce of mother earth.” Sulksun talked about the significance of the ceremony: “We’re here today at a very important moment. You answering the invitation to be here signifies your commitment. A commitment to do your best to move forward.”

Registrars and representatives from the 11 BC health regulatory colleges who have adopted the Standard of Practice for Indigenous Cultural Safety, Cultural Humility, & Anti-Racism. 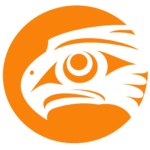 College of Speech and Hearing Health Professionals of British Columbia

Copyright © 2022, College of Speech and Hearing Health Professionals of BC.